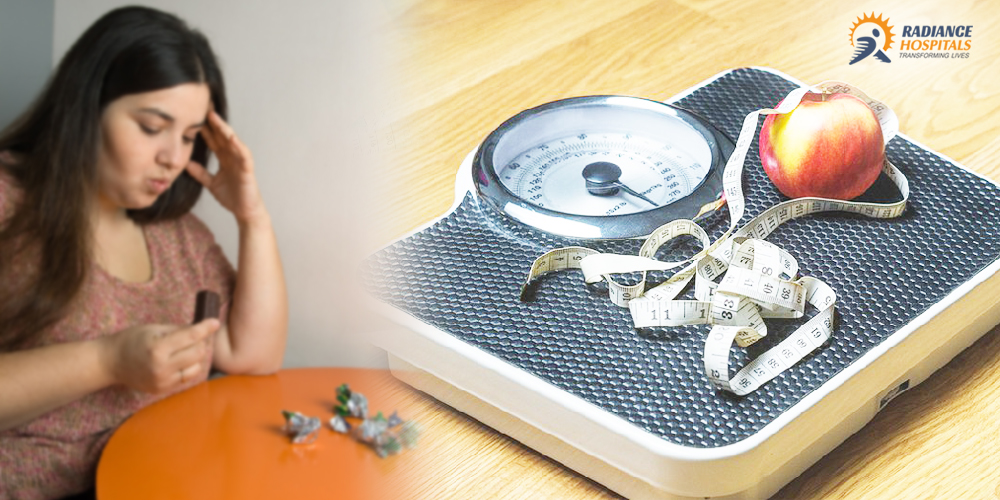 People often attribute being over or underweight to their genes To some extent research has backed this assertion, suggesting that genetics contributes to obesity by influencing things like metabolism, body fat distribution, food cravings and tendency to eat food as a way to cope with stress. The latter two are the aspects that the mental health professionals focus on.

According to the world health organization, patients with a history of attention-deficit/hyperactivity disorder and schizophrenia, have a greater chance of becoming obese. Furthermore, a study found that obese patients suffered from depression as intense as those experiencing chronic pain. This led to the conclusion that a history of mental illness may increase the risk of obesity, while obesity may increase an individual’s chances of developing a psychiatric disorder.

Obesity is largely consequent upon overconsumption of energy-rich foods, and some of the medications prescribed for schizophrenia can enhance cravings for ‘junk’ food, as well as having other effects that add to the obesity risk profile. The link between psychiatric medication and obesity may be due to the fact that psychotropic drugs not only contribute to weight gain but also create changes in the sensitivity of the body to insulin. Psychiatric complaints can also cause obesity as a result of medication effects, hormone imbalances, and the behavioral issues that result from psychiatric disorders. So it needs to be ensured that psychiatrists do not risk their patients by exposing them to obesity by using medication known to be associated with substantial weight gain, unless there is no clinically sustainable alternative to cure the mental condition of the individual.

Age and gender of a patient can determine the strength of the link between obesity and mental illness. A study in South Africa conducted found that young women were most at risk for mental illness if obese. The researcher postulated that this is a result of women being inclined to be more distressed about the perception of being overweight than men, making them susceptible to mental illness.

Depression and low self-esteem have been observed in obese patients around the world, even when there has been no previous history of mental illness. Poor self-image, physical inactivity, the biological disruptions caused by obesity, and the social stigma related to being overweight all contribute to a predisposition to mental illness. So mentioned here are some lifestyle interventions that can help obese patients:

However in some cases due to complex neurobiology processes mentioned above, lifestyle intervention may not be enough. Bariatric surgery in its current form is a relatively safe and effective intervention to treat obesity in mentally ill people.

Related Articles
Are adolescent with Obesity at a higher risk of Hypertension?

How does the winter season affect diabetic patients?

Besides Aiding in Weight Loss, Here are 7 Bariatric Surgery Benefits.

The dangers of diabetes and its effects on health